Acuité has undertaken a comprehensive analysis of the CRA industry rating migration data for FY22. Clearly, there is a very significant recovery in the [1]Credit Ratio (CR) of the industry to 2.83x in FY22 from 1.09x in FY21 and 0.91x in FY20 i.e. the pre-pandemic year respectively. 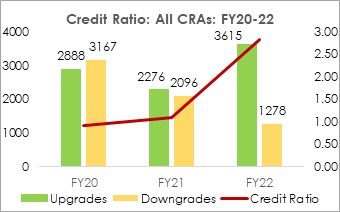 Source: Prime-Acuité Rating Migration Database
The number of upgrades have climbed up sharply by 58.8% in the previous year vis-à-vis FY21 while the downgrades have reduced by 39%. Further, as compared to the pre-pandemic FY20, upgrades have increased by 25.2% while downgrades have more than halved from those levels. 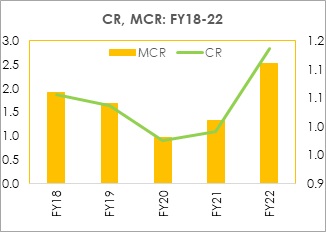 Source: Prime-Acuité Rating Migration Database
We have also looked at a longer time horizon since FY18 and analysed the movement of both Credit Ratio (CR) and [2]Modified Credit Ratio (MCR). While the volatility in the MCR is far less than the CR given the stability provided by addition of the reaffirmation cases, the trajectory in both the ratios reflect (i) initially, the slowdown in the economy since FY19 (ii) the prolonged Covid pandemic starting from the last quarter of FY20 which led to a severe economic disruption through lockdowns and a significant contraction in GDP in FY21 and (iii) the subsequent economic recovery that has been shaping up since Q2FY22. The downgrades during Q1FY21-QFY22 had taken into account the actual or expected deterioration in the liquidity position and a severe impact on the business position of the rated entities in the wake of the prolonged pandemic and the severe lockdowns across India.

[1]CR is the ratio of upgrades to downgrades in a given period, non-cooperative issuers excluded

The sharp upsurge in the Credit Ratio in FY22 which is a record high over the last ten years can be explained by the following: 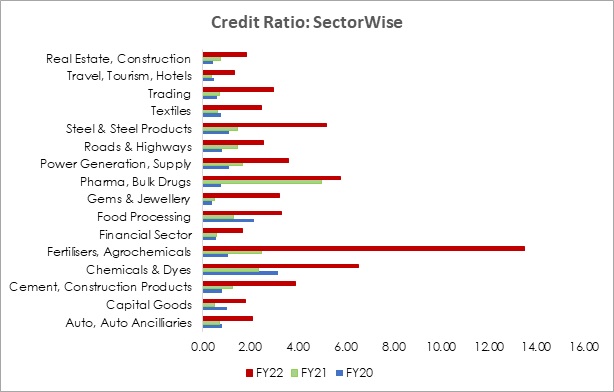 The credit ratio across the various sectors highlights the following aspects:

Says Suman Chowdhury, Chief Analytical Officer, Acuité Ratings & Research, "The sharp and broad based improvement in the credit ratio in FY22 was not really surprising given the visible domestic economic recovery particularly after the disastrous second pandemic wave in Apr-May’22. With limited impact of the Omicron wave, the operating environment for the contact intensive sectors have also seen a healthy revival in Q4FY22. We expect the momentum of upgrades to continue in FY23 amidst government’s strong thrust on infrastructure segment, solid coverage on vaccination, moderate recovery in rural consumption and the full play out of pent-up demand. However, a moderation of the record high credit ratio is on the cards with the headwinds from the Russia-Ukraine crisis, the high crude oil prices and higher than expected inflationary pressures which are likely to have an impact on the operating margins in the corporate sector.” 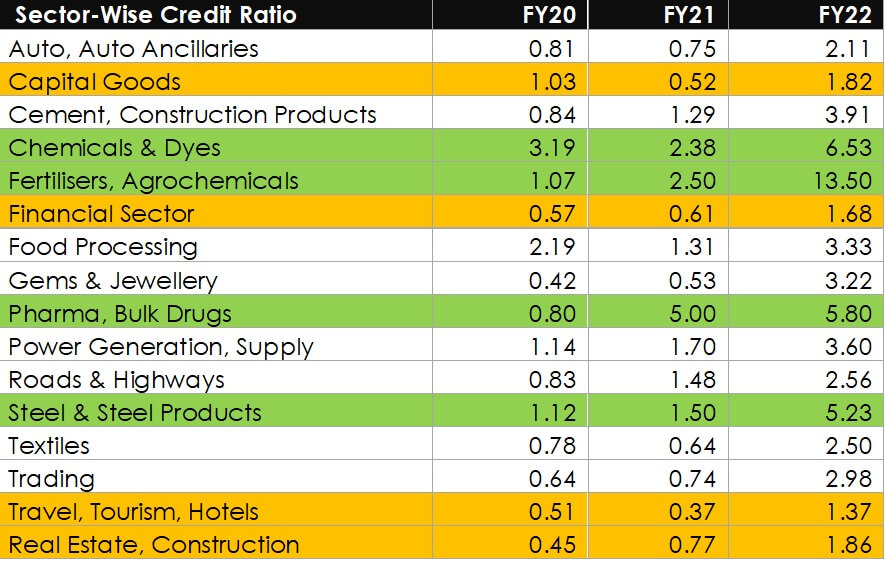